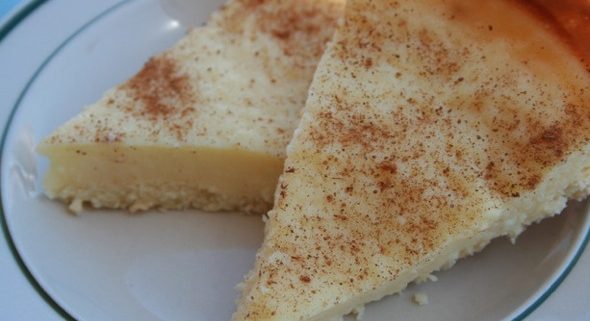 Watch this space and our Facebook Page for updates as we will be doing something special for Milktart day right here at Tolbos. On 27 February South Africans celebrate National Milk Tart Day. Milk Tart (melktert) is a classical South African dish. Traditional Milk Tart is made up of a shortbread crust with a filling of milk and lots of eggs resulting in a lighter texture. Milk Tart can be enjoyed hot or cold. Milk tart (melktert) is thought to have originated in the latter half of the 17th century by Dutch settlers in South Africa. The Dutch East India Company established Cape Town in 1652 as a way-station for ships travelling from the Netherlands to Indonesia and back. Their ships would bring cinnamon and other spices to Cape Town (and Europe) from South East Asia. Local bakers used the imported cinnamon, combined with fresh dairy from farms in the Cape Colony, to create this wonderful custard based tart.

Cuban Night
Scroll to top
South Africa’s Protection of Personal Information Act (POPIA) & Cookie Consent
We will not sell, share, or rent your Personal Information to any third party or use your email address for unsolicited mail. Any emails sent by us will only be in connection with the provision of our services and/or the marketing thereof. We use cookies on our website to give you the most relevant experience by remembering your preferences and repeat visits. By clicking “ACCEPT ALL”, you consent to the use of ALL the cookies.
Cookie SettingsAccept All
Manage consent

This website uses cookies to improve your experience while you navigate through the website. Out of these, the cookies that are categorized as necessary are stored on your browser as they are essential for the working of basic functionalities of the website. We also use third-party cookies that help us analyze and understand how you use this website. These cookies will be stored in your browser only with your consent. You also have the option to opt-out of these cookies. But opting out of some of these cookies may affect your browsing experience.
Necessary Always Enabled

Performance cookies are used to understand and analyze the key performance indexes of the website which helps in delivering a better user experience for the visitors.

Analytical cookies are used to understand how visitors interact with the website. These cookies help provide information on metrics the number of visitors, bounce rate, traffic source, etc.

Advertisement cookies are used to provide visitors with relevant ads and marketing campaigns. These cookies track visitors across websites and collect information to provide customized ads.

Other uncategorized cookies are those that are being analyzed and have not been classified into a category as yet.